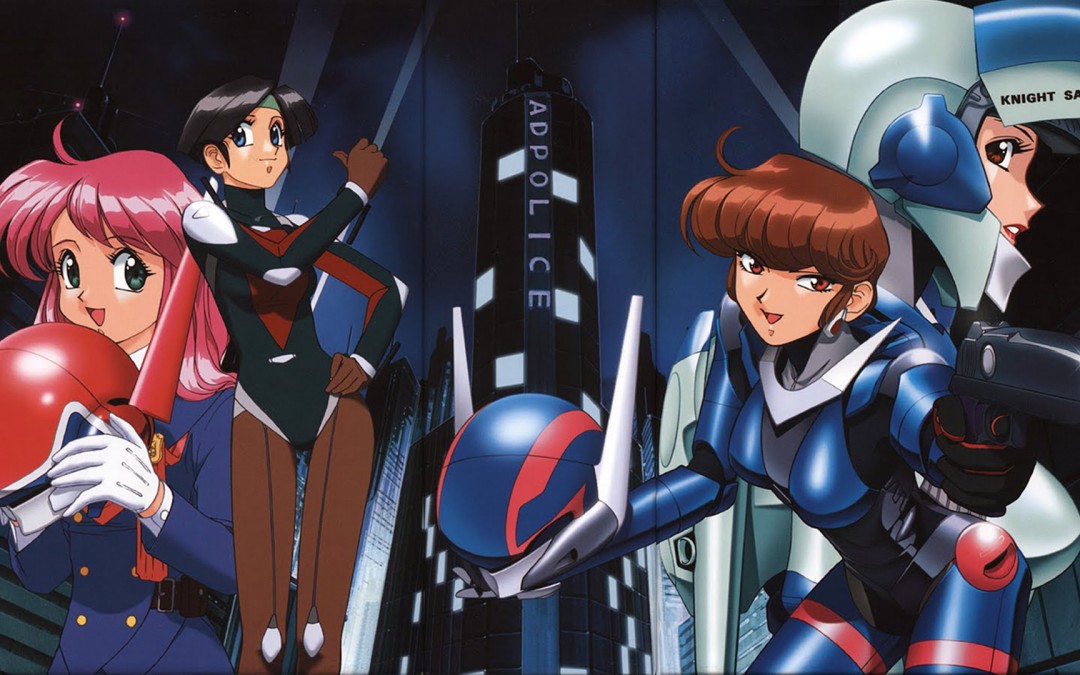 I’ve decided to resurrect an old series of posts called Boku no Anime no Omoide (My Anime Memories), discussing the various series and movies I’ve seen throughout my life that has had an impact on my fandom of this genre of storytelling. 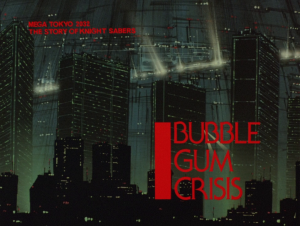 Way back in the days of my budding anime fandom, a dear friend of mine pulled me aside and said he had something to show me. It was called ‘Bubblegum Crisis,’ and he was positive that I would enjoy it. Now, of course, I had my doubts as to the veracity of his claim. After all, it was kind of a ridiculously absurd name and did not really pique my interest all that much. In response, he simply told me to ignore the name and try not to judge an anime based on the title. I was too tired to put up much of a fight, and after work we ended up at his place and settled in for an afternoon of anime watching.

Yeah, I was taught a rather valuable lesson that day. Had I gone with my instincts of begging off, I would not be the same person I am today. I think, along with many other early titles I watched, Bubblegum Crisis is a staple of anime fandom. At least, it’s a staple of my personal fandom. I’m not talking about the remake from Pioneer/Geneon in the late 90s, either. I’m talking about the late 80s produced original, where you could tell it was all hand-drawn and not computer-assisted. Along with classics like Urusei Yatsura, Choujiku Yosai Macross, Uchuu Senkan Yamato, Kimagure Orange Road, and many others, Bubblegum Crisis is a must-see for any anime fan out there. It’s a common frame of reference, a point of contention between fans over what constitutes a bad dub, and if you haven’t seen it, you’re punched right out of the conversation, I guarantee you. 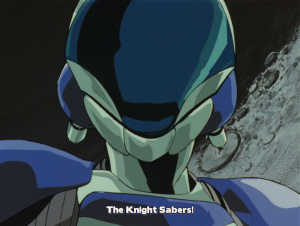 In short, its summary is this: Four women battle against the out-of-control creations of the Genom corporation: one driven by revenge, one driven by boredom, one driven by excitement, and one driven by loyalty. Led by Miss Sylia Stingray, these Knight Sabers band together to crusade against the injustice of androids with too much power. Underground singer Priss Asagiri, Linna Yamazaki, and police data specialist Nene Romanova round out the group, wearing Stingray-designed hardsuits and kicking some serious Boomer ass through eight episodes of OVA goodness.

Can you sense my enthusiasm? Good.

There is absolutely nothing wrong with this series. It delivers action, romance, drama, and a memorable soundtrack the likes of which has never been reproduced. Every character shows a level of depth that you really only got to see in much longer series. What a story like Crisis, it would take a series such as Full Metal Panic or Gundam much more than eight episodes to provide you with a clear background, and even then it took a sequel, Bubbblegum Crash!, to really screw the pooch. Which in a sense was an additional three episodes to the story, but you see how perfect the eight was? It really didn’t even need the full eleven, right?

Though… Crash had good music. What is it with all these series that are bad, but have kickass OSTs? 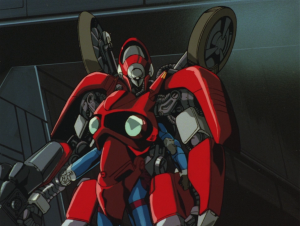 Not that BGC was any slouch in the OST department. Quite possibly the most recognizable set of vocal tracks in anime history belongs to this series, which includes the perennial Konya wa Hurricane and my personal favorite, Bye, Bye, My Crisis. The latter of which is just a fun song to chairdance to. Also, it took me forever to find the music in the pre-Complete Vocal Collection days. Essentially, the entirety of the soundtrack is an homage to the girl bands of the early 80s; specifically the overall sound and vibe from The Runaways, a band that was a huge hit in Japan in the late 70s.  I could write a full review on the music, itself, so I’ll cut myself short here. The bottom line is, if you haven’t yet watched this series, then crawl out from underneath your rock and get thee hence!

Character-wise, my favorites had to be Priss and Nene.  Priss is singing her heart out in the very beginning of the entire series, and you’re slowly introduced to the rest of the Knight Sabers.  But, I always felt that Nene got something of a bad rap throughout the series until the very last episode of the initial eight.  Priss was shown to be this ass-kicking woman of power.  Even Leon was unable to avoid her charms due to the sheer amount of confidence portrayed within the character.  Nene had a quieter strength that was often overshadowed by her fears.  In battle, she often tended to stay out of the way, or fire wildly while letting out a scream queen-esque shriek at the enemy.  In her own element of research, she showed her prowess, especially in “Scoop Chase.” 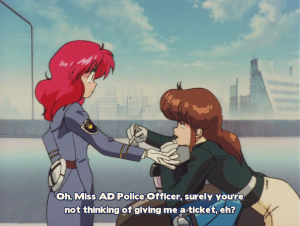 There’s even a scene where Nene is showing the police chief’s niece around in one of those Mini Cooper police cars, and she catches a speeding motorcycle.  A motorcycle that happens to be drive by none other than Priss.  The look on Nene’s face when she realizes that she’s just caught a member of her group and friend is priceless.  Given that the chief’s niece is watching with interest, she can’t just let Priss go.  Especially when Priss is taunting her to not give her that ticket.  Instead, she gather up her courage and issues that ticket, to Priss’ surprise and later anger.

Crisis’ writing did a great job of exposing not just the four members of the Knight Sabers, but some of the supporting characters as well.  Mackie, Sylia’s younger brother, gets his introduction in the first episode as being a bit of a creeper.  Later, he’s developed into a decent mechanic and even ends up with his own hardsuit.  I started kind of shipping him and Nene and I got a reward for that in “Scoop Chase,” where he refuses to leave Nene behind during a climactic scene.

The two AD Police detectives, Leon and Daley, even get a lot of screen time in working things from their angle.  A lot of their cases end up intersecting with the Knight Sabers, so the stories often show things from their perspectives.  Leon’s unabashed interest in Priss is used as a comedic premise and foil, respectively.  Daley is an interesting entry in the story because he’s openly gay, which I hadn’t really seen in an anime up until then.  I enjoyed his obvious flirting with Leon to see his reaction.

Bubblegum Crisis’ story is told and retold over the course of several series.  Beyond the original series, there was the aforementioned sequel (Crash!) and a prequel (A.D. Police Files).  Pioneer/Geneon decided to do a reboot/retelling in Bubblegum Crisis Tokyo 2040, which was far less impressive and focused far more on the drama than the comedy.  It, too, had a side-story called A.D. Police (known as A.D. Police: To Protect and Serve in the US).  And then back in 2003, there was an in-universe OVA called Parasite Dolls, which focused again on the AD Police.

Next Time on Anime no Omoide: Macross!