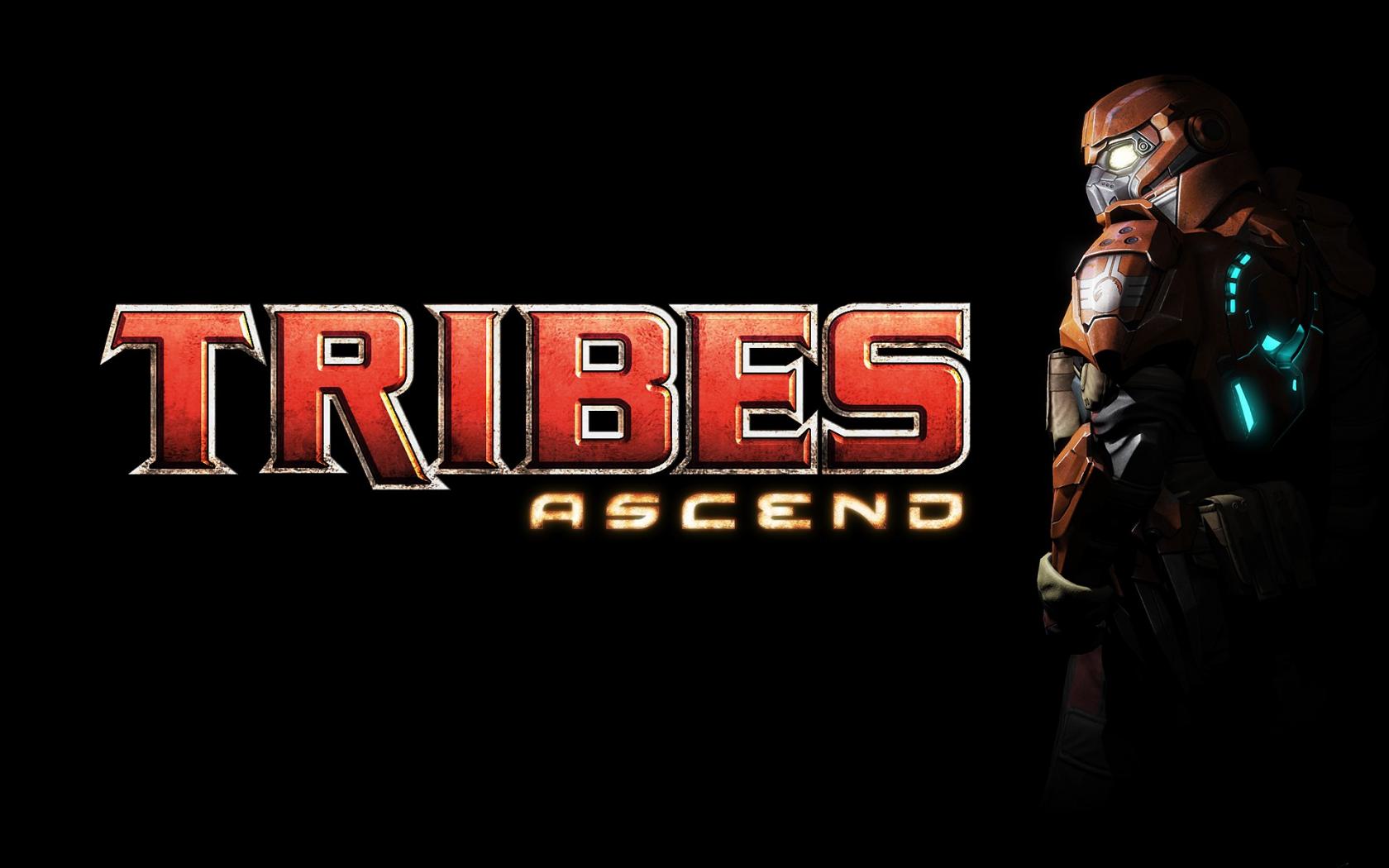 I have had a long-running affair with the Tribes series since Dynamix and Sierra announced it as part of the Metaltech series back in the mid-90s.  I had gotten used to the Sierra Games’ sim, which was based on FASA’s Battletech games, so I wasn’t sure how I was going to like the switch to a first-person shooter.  After all, my experience with that kind of gameplay back then was limited to iD Software’s Doom, Quake, and of course, the original FPS that I played, Wolfenstein 3D.  Although I might not consider it a first-person shooter, I feel that Descent falls into the same category. The feeling of being in a mech in the original Earthsiege (1994) games was awesome.  I played them off and on, often times I would return for replay value.  Later on, after Tribes was released, they came out with the mech sim game, Starsiege, which featured the same universe/backdrop that the rest of the series does. 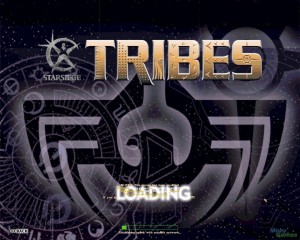 My first entry in playing Tribes was when it first came out.  I played through the solo tutorials, but although you can shoot these dumb bots and get a feel for how the different armor classes work, and jet-packing all around the map.  The very basic aspects of the game are transferred, and then after that, you’re on your own.  The only way to really enjoy the game is to jump on a multi-player server and have fun.  And of course, fun is relative.  The fact is thatTribes is probably one of the most fast-paced FPS games out there, if not the fastest.

Dogfights are quick and utilize a wide array of weapons, from spinfusors (basically, glowing blue discs that impact with a nice-sized damage AoE), to plasma guns and cannons, mortars, mines, grenades, flares, and of course, my favorite… turrets!  The original Tribes came with only three sets of available armor: light, medium, and heavy.  What I always though was the best aspect of playing the game, was the mods… oh, the mods!

My clan (Clan Oni) was very much into two mod types: Rengades and Shifter 1.1/Shifter X.  I wish I had kept all the videos I shot during those days, so I could put then online.  Instead, I did a quick search on YouTube and found the following video that I think adequately shows the various classes from Renegades:

And here’s one from the Shifter mod:

Anyway, I wanted to give you a proper understanding of what Tribes is before I launch into my look at the latest incarnation.  Do we all have a better appreciation for the game, now? 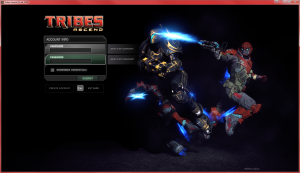 The login screen for Tribes: Ascend.

For those of you who don’t want to waste any time, let me just say this: Tribes: Ascend is a worthy successor to the lineage.  After wasting my time with Tribes 2 and feeling better with Tribes: Vengeance, I feel like Ascend is what I had hoped would come next after playing the original for so many years.   It carries on the speed, and picks up some of the better aspects of Vengeance that I thought were great changes (skiing, for one).  Although they do add a lot of the mod changes into the base game, they’ve also integrated some of the ranking systems that we’ve come to expect from our FPS’, such as Call of Duty, Battlefield, and even Halo 3.

Ascend is a Free-to-Play game that really means it.  While you have the option to pay for Gold in order to unlock more classes, weapons, and add-ons, you can also unlock the same items through gameplay.  I started out a free player before I went VIP, and I did pretty well for myself with the basic weapons and earning experience points.  Gold is the quickest way to get those unlocks, as the ratio of Gold to XP is kind of skewed.  But play enough, you can rack up about 150,000 XP and spend it to unlock a few weapons or classes. 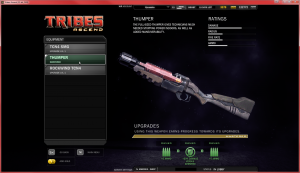 Since I play with my Technician armor the most, I equip this weapon every time and I ended up mastering it fairly quickly. Click on it to see the various bonuses.

Once you’ve acquired the various tools of the game, as you use them, usage allows you to master them.  More exposure to them in the field will elevate the bonuses that you have with each one.  Armor experience unlocks more health, or faster regeneration.  Some of the toys you use, like the light turrets, will have a higher armor class and gain damage bonuses when firing at the enemy.  When I play my favorite, the Technician class, my turrets will allow me to gain a lot of kills as people try to jump into my generator room to take it out in order to shut down the base guns and the radar dish.  If they destroy my prized turrets, I’ll deploy them in a new spot just to keep things interesting.

As with the originalTribes, players recognize defensive and offensive patterns, so you have to vary it or else predictability is a killer.  Just ask the Heavy Armor that insists on taking the same route into your gen room, and is surprised when you set mines down along his skiing path.  Or the light armor that boosts toward your flag and then goes SPLAT against your sudden deployment of a forcefield on the other end.  Those things are like brick walls to them, and given their speed, well… they leave a nice little splotch against the field and then I get the points for flag recovery. 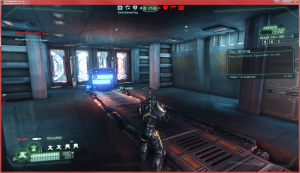 My Technician-class armor character setting up defenses in the Diamond Sword generator room on the “Crossfire” map.

Before, I mentioned how fast the game can be.  Ascend injects nitrous into the speed of gameplay, and seeing some of these guys float in and zoom by, you have to adapt and keep up as much as possible in order to successfully play and give as good as you get.  Otherwise, you’ll be spending a lot of time respawning, and that’s no fun for anyone.  The greatest thing about the game though, is that if you don’t think you can keep up with the speedsters, you can opt to defend the base or the flag through various means.  The game gives points for defense and repairs just as much as kills and captures.  And while everyone else on the game is more interested in taking flags and flying across the map, they’ll need someone to defend against the raiders who’ll baserape like crazy. 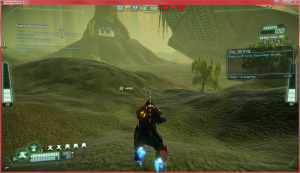 One of the best parts of playing is being able to ski!

And they will not hesitate to rack of generator and turret kills, people, trust me!  On certain maps, there are numbers of choke-points for entry, and if you know the maps well enough, you can set up your defenses in the proper areas.  Drop a turret in a spot they won’t see until it’s too late, but then get ready to have it destroyed the next time they come through.  Make sure to set down some motion sensors/detectors to combat those pesky stealth guys, because you won’t see them until it’s too late.  Or even at all… man, they’re sneaky bastards!

Dogfighting out in the field takes on a new dimension with the ability to ski.  Skiing is essentially letting your momentum carry you along the slopes/angles of the map.  If you fire your jetpack at the right time, when you land, should you do so on the downward slope of a hill or a mountain, you will pick up speed with you engage your ski thrusters.

All in all, though, I love this game.  It has mixed everything I loved about the original with spectacular graphics and excellent features.  I found this great video on YouTube that does a great job of portraying what I do on a nightly basis, now (courtesy of Gamespot):

If you’re interested in playing Tribes: Ascend, then feel free to use my referral link to download the game.  I appreciate it!  I’ll leave you with the full set of screenshots from my gameplay, below. 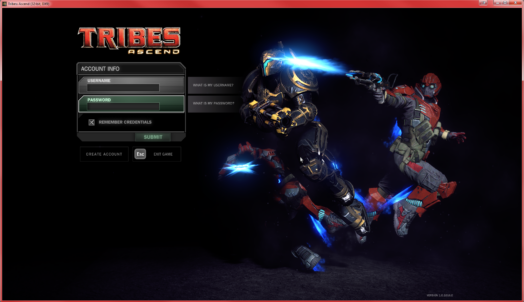 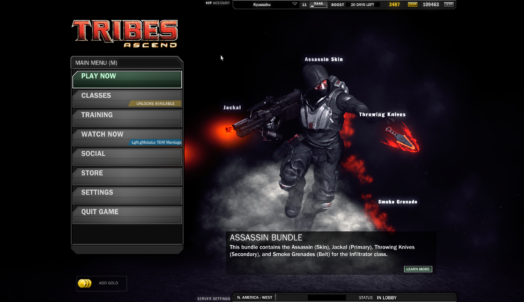 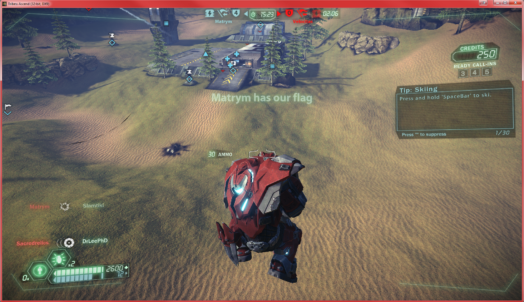 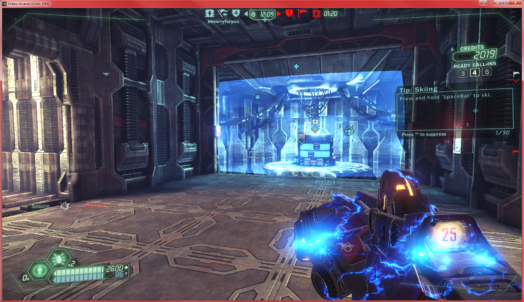 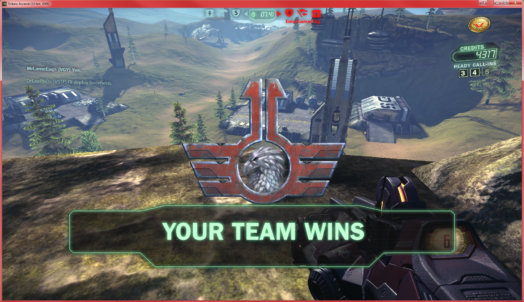 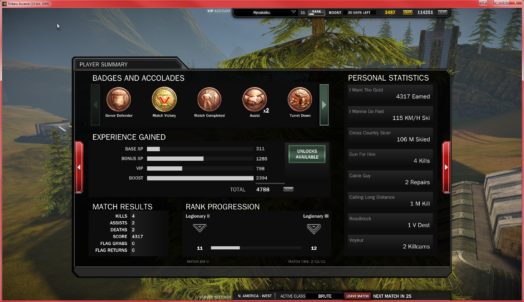 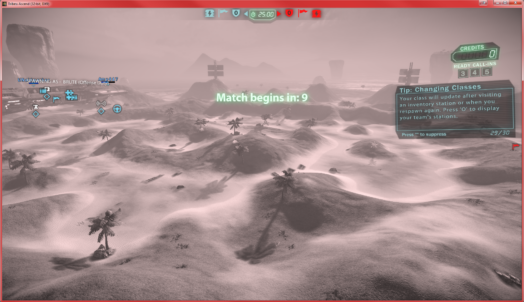 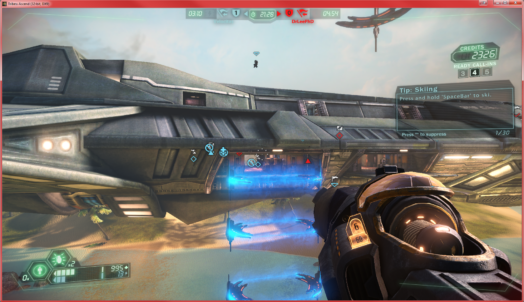 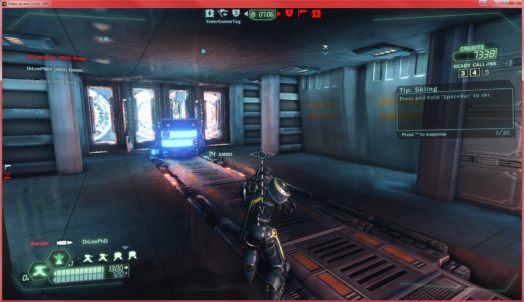 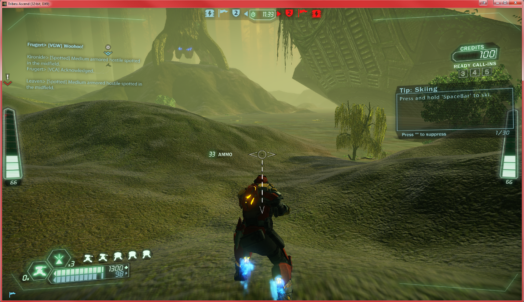 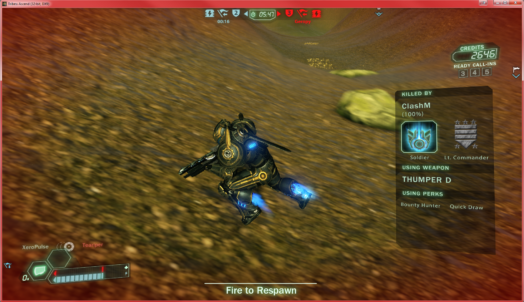 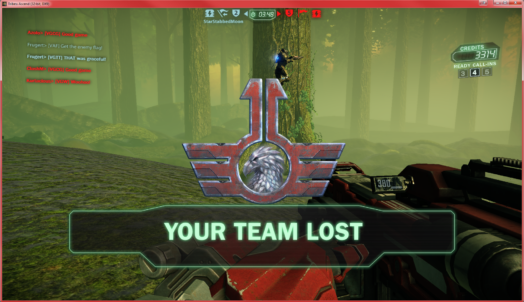 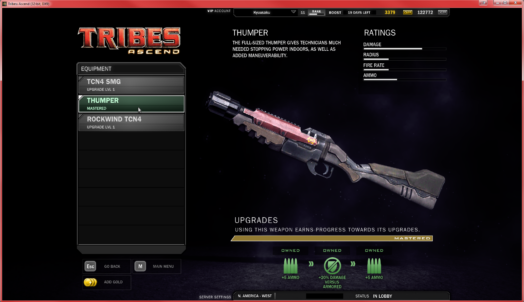 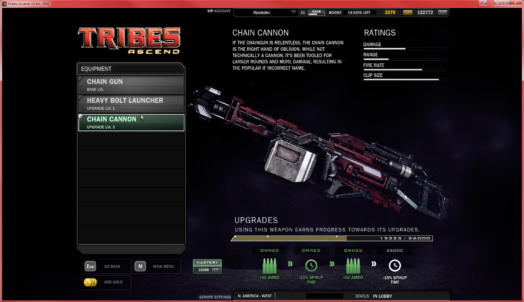 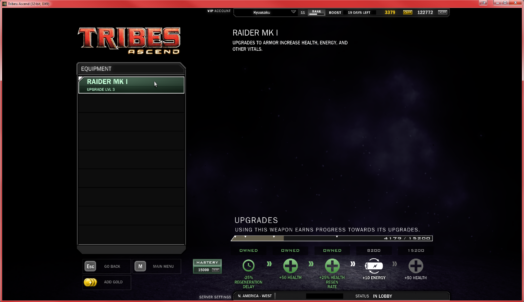